Or… a Kentucky Derby/Hollywood mash up?

Whatever you call it, it’s seriously cool. Â Our client had recently moved up from SoCal and bought a very traditional farmhouse in Ridgefield with fluted columns, layers of built up crown mouldings and other uber-traditional touches that had absolutely nothing in common with his modern tastes. Â He wanted a super-sleek fireplace wall that would still fit in with the surrounding materials. Â Walking a fine line indeed!

We came up with a wall treatment using aluminum frames with white ParapanÂ panels. Â TheÂ widths had to be perfect to work with the existing fireplace location and the door to the study (made of the same stuff so it would ‘disappear’). Â We wanted the gaps to be really precise, including where the panels butted up to the less than straight floor, ceiling and end walls. Â To get the panels totally dialed we dry-fit and adjusted them several times. Â In the end, the planning and effort paid off with a dramatic counter-point to the existing architecture which still fits in perfectly. 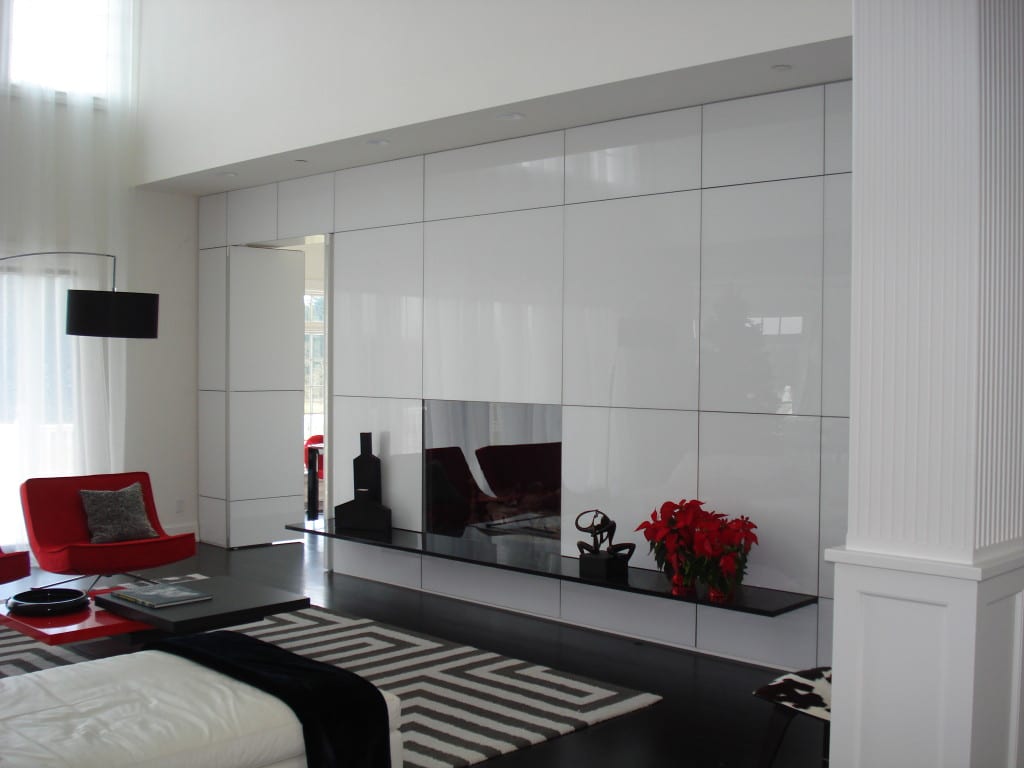 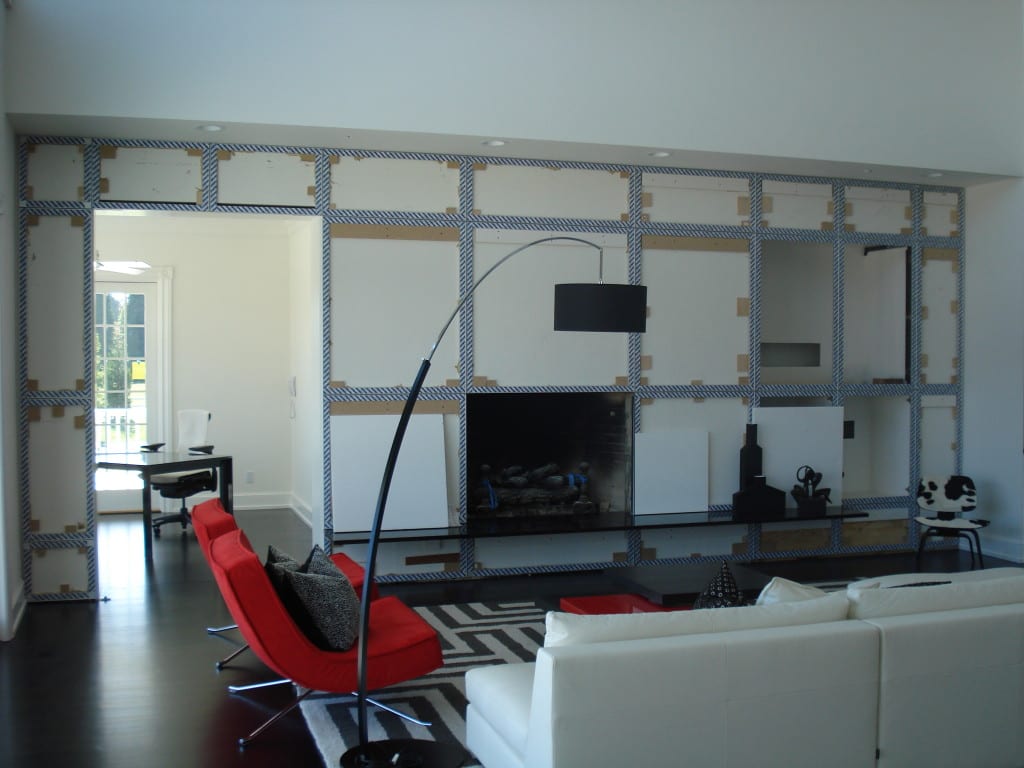